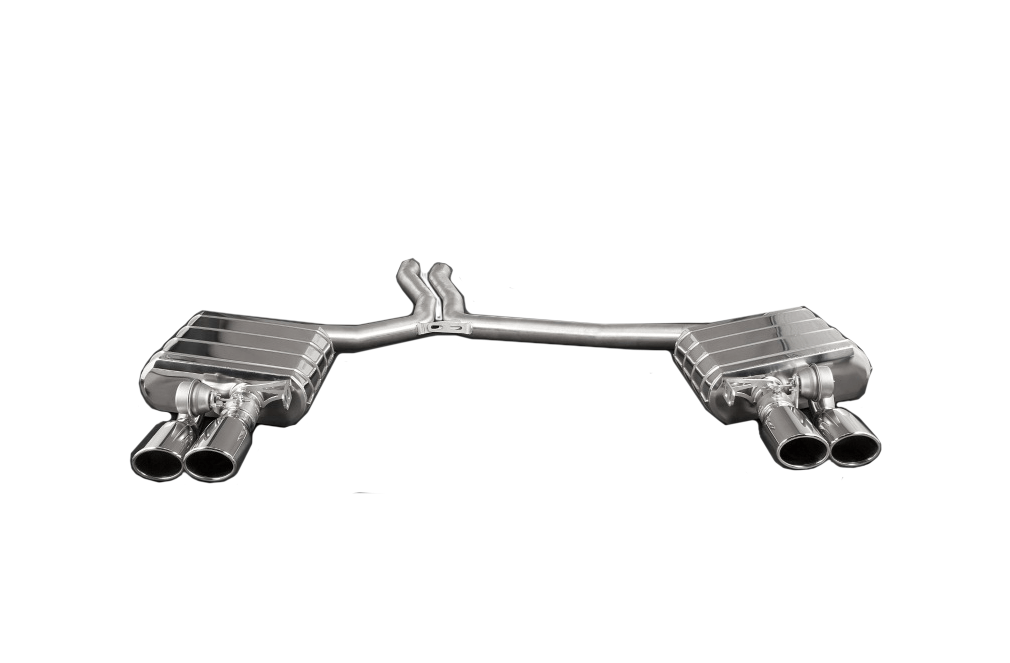 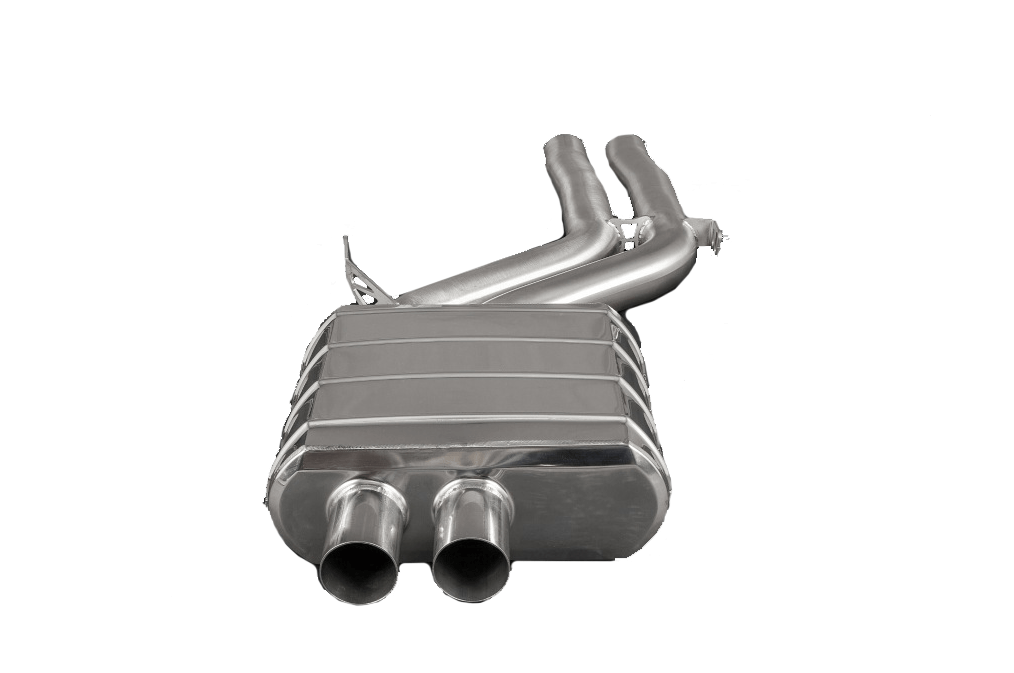 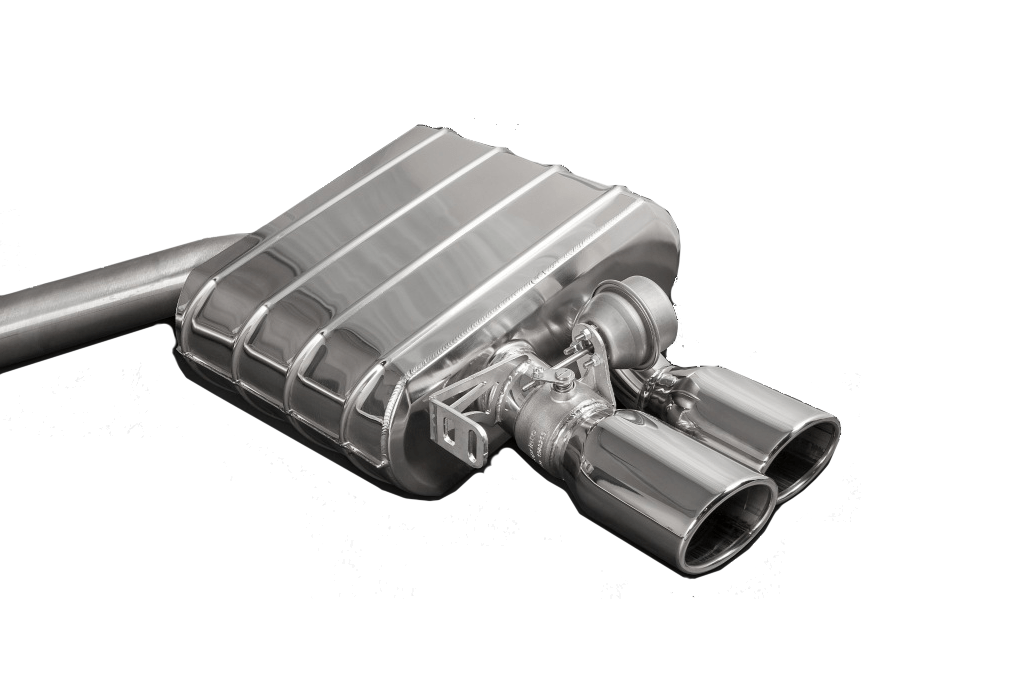 It consists of two silencers with valves, 4 oval polished nozzles, a valve operation controller CES-3 and two remote controls.
Made of T309 chromium-nickel stainless steel.
Operating modes:
– Cruise-Mode = valves open later
– Sport-Mode = valves open earlier
– Open-Mode = valves open immediately
In addition, in Cruise-Mode and Sport-Mode you can control the threshold for opening valves, that is, in addition to set the moment of opening of the valves to your taste and get the desired sound.
Also, the CES-3 unit has the ability to recognize a driving style. In the case of aggressive driving, the unit detects the accumulation of pressure in the system and opens the valve; in the case of moderate driving, the valves open later.
For Audi S4 / S5 with V6 3.0TFSI engines, 333 hp and V8 4.2FSI, 354 hp

Leave a request and we will call you back!